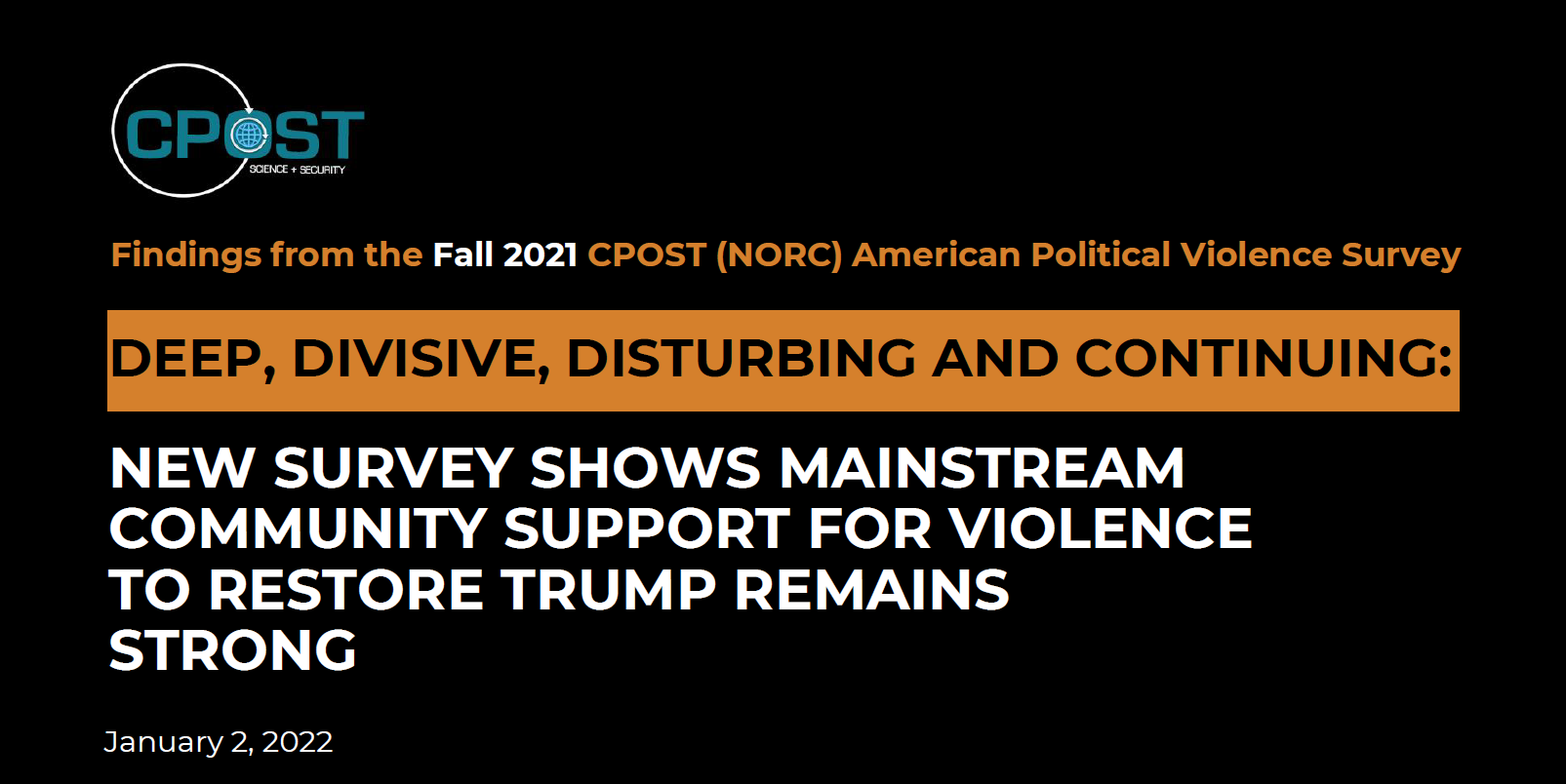 This report presents findings from CPOST's Fall 2021 American Political Violence Survey, CPOST’s third nationally representative survey of American adults to understand and track the scope and drivers of violent support for Trump in the wake of January 6.  The results are sobering. 8% of American adults – extrapolating to 21 million people – believe the 2020 election was stolen AND that force is justified to restore Trump to the presidency. Violent support for Trump is a broader mass movement with violence at its core, not merely a mix of right-wing organizations. It is a political movement, not ordinary criminal behavior, although crimes may be committed. The movement is a political minority in many places, not only centered in “red” parts of the country. Finally, results show a finding consistent with CPOST’s previous two surveys in April and June: belief in the “Great Replacement” -- that Whites are losing rights to demographically more powerful minorities -- is the key driver of violent support for Trump.