Patriotic Counter-Revolution: The Political Mindset that Stormed the Capitol Chicago Project on Security and Threats
Robert A. Pape  |  April 11, 2022 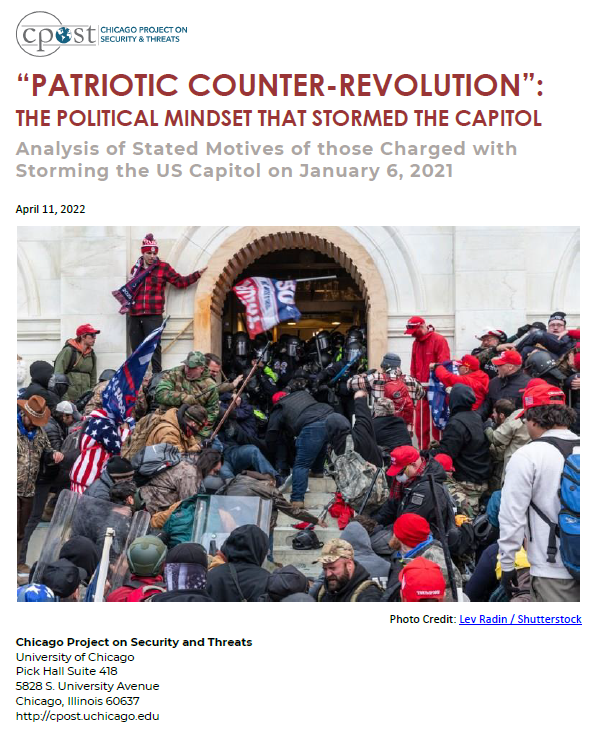 What motivated the January 6th insurrectionists? Why did they think they were taking action? This report presents the findings of the first systematic analysis of public statements (as documented in court records, media reports, and social media posts) by the 716 individuals charged with crimes in relation to the January 6, 2021 attack on the US Capitol. The main finding: The mindset of the January 6th insurrectionists engaged in the assault on the Capitol can be called “Patriotic Counter-Revolutionary.” This mindset says that support for the US Constitution requires anti-government violent action—not for the purpose of destroying democratic institutions, but to preserve them in the face of imminent threat. For those who stormed the Capitol, their perceived certainty that the 2020 presidential election was stolen—encouraged by politicians and media figures—meant that Biden’s confirmation as President constituted a revolutionary threat. When rooted in falsehoods about stolen elections, patriotic counter-revolutionary motives are dangerous to American institutions precisely because they justify insurrectionary acts by those who perceive themselves as protecting America.