Remorse Or Double-Down? Those Who Stormed The Capitol Are Remorseful, But Do Not Repudiate Trump’s Big Lie Chicago Project on Security and Threats
Robert A. Pape  |  September 14, 2022 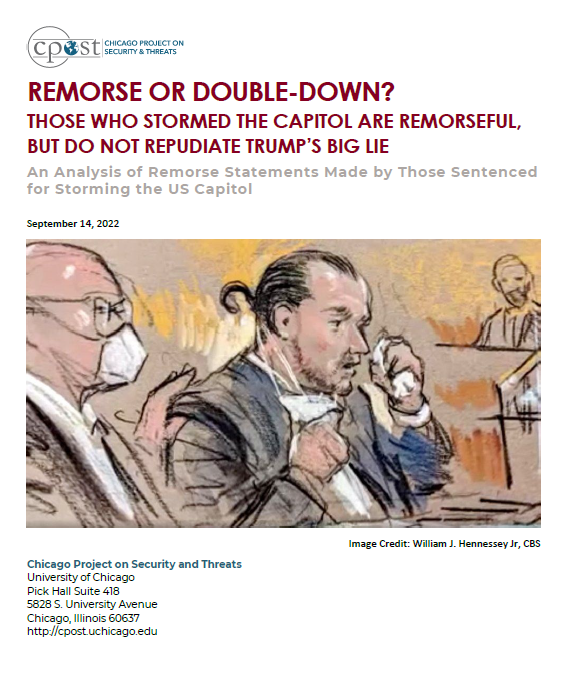 Do those who posed the most severe domestic challenge to America’s democracy in modern history recognize that they not only broke laws but challenged the foundations of democracy? Based on a systematic analysis from the January 6th defendants’ public statements of remorse during or after their sentencing, the answer is no. Only 48 of the 217 defendants sentenced as of July 15, 2022 repudiated the Capitol attack as a harm to the country. More worrisome, only 10 defendants made a statement acknowledging that the 2020 election was not stolen, and 4 openly doubled-down on their conviction that the 2020 election outcome was illigitimate. The fact that so few of the January 6th defendants publicly acknowledge the documented integrtity of the 2020 election should give pause as the 2022 midterms and 2024 presidential election approach.