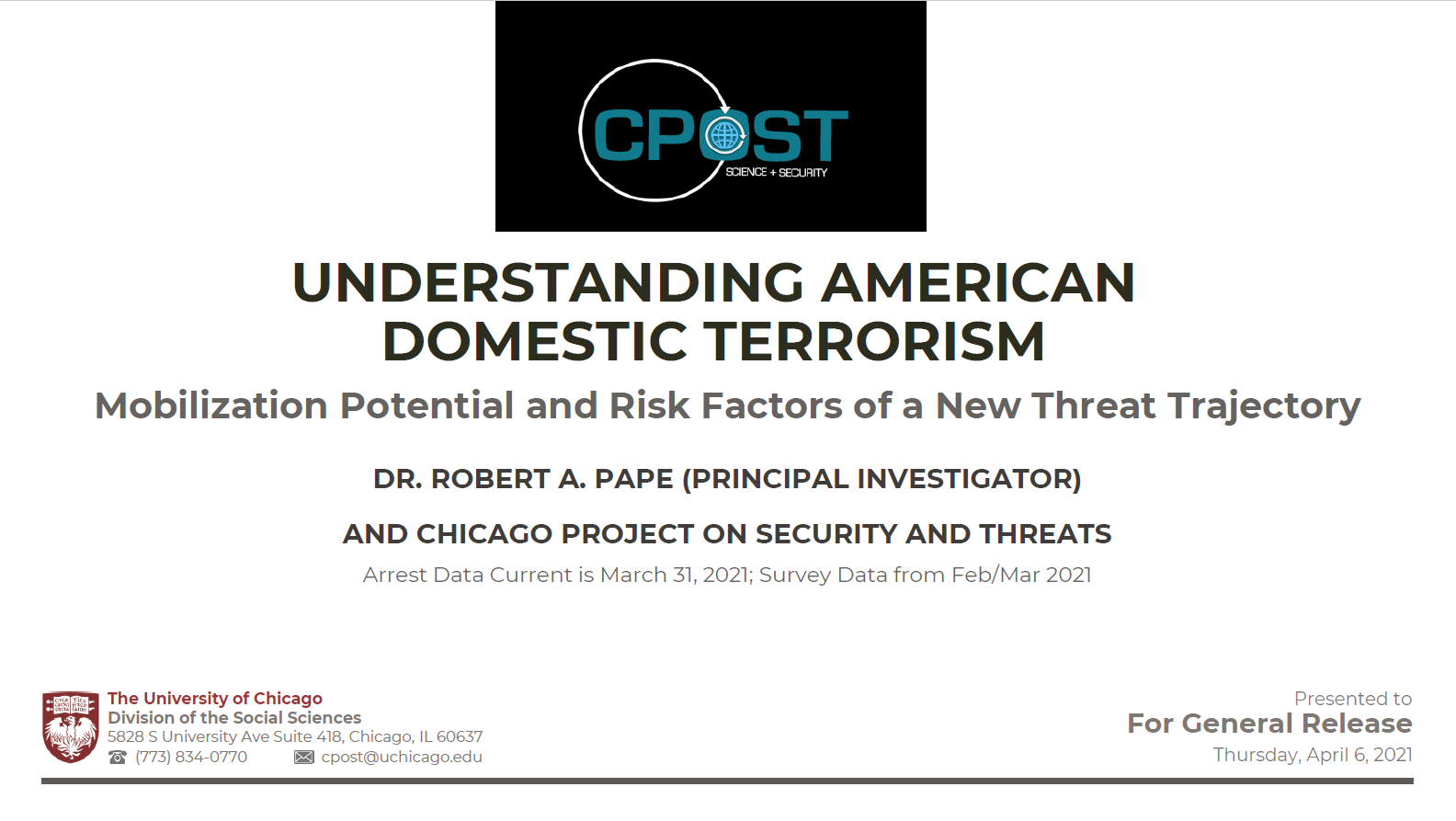 This report assess violent support for Trump in the wake of January 6 attack on the US Capitol -- what we call the  "Insurrectionist Movement." The presents three mutually reinforcing studies: (1) A detailed analysis of the demographic, biographic, and geographic characteristics of the individuals charged for their role in the Capitol attack; (2)  the Spring 2021 American Political Violence Survey, CPOST’s first nationally representative survey of American adults conducted by NORC at the University of Chicago to understand and track the scope and drivers of the Insurrectionist Movement; and (3) a survey of American conservatives on MTurk as a separate probe. The results of all three studies identify a consistent factor underpinning the Insurrectionist Movement: "the Great Replacement," a fear that White Americans are losing political power and status relative to minorities. The implications for the future are sobering: all ingredients there to accelerate movement growth, including a leader with a modicum of legitimacy and demonstrated support for extra legal activity combined with grievances and fears perceived by large masses of people (stolen election, "Great Replacement’) and January 6 as a deadly focal point.

The topline for the Spring 2021 American Political Violence Survey is here.