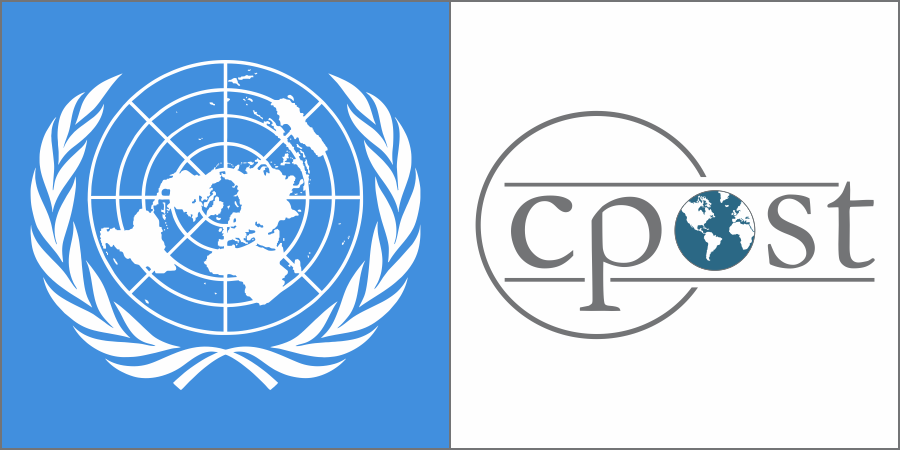 Have you heard? We are partnering with the United Nations to host a conference on campus this fall. Mayors from eight cities around the world have been invited to reflect on their recent experiences facing terrorist attacks. Delegations from respective countries including chiefs of police, chief prosecutors, emergency response teams, and other community leaders will discuss ways to improve responses to future terrorist attacks and advance academic research on the impact of terrorism. We are honored to have Assistant Secretary-General and Executive Director of the U.N. Counterterrorism Committee Executive Directorate (CTED) Michèle Coninsx cohost. The UN Conference will be held on Nov. 22-23 at the Quadrangle Cub.

Catch CPOST when we appear on Freakonomics Radio Live!, Thursday, Sept. 26 at the Harris Theater! WBEZ’s Podcast Passport series presents this live taping, hosted by radio host Stephen J. Dubner and co-host and economics professor at the University of Chicago, Steven D. Levitt. Don’t miss us as exclusive guests on this episode as we intrigue a live audience with fascinating information about international security and intelligence. We hope to see you there!

Looking for a new read in 2020? CPOST Assistant Director and faculty member, Robert Gulotty, is finishing up his book, Narrowing the Channel The Politics of Regulatory Protection in International Trade. Look for it online soon!

During his recent visit to Taiwan, CPOST Director Robert Pape met with Deputy Foreign Minister Szu-chien Hsu and led a U.S. delegation to learn more about the effects of the U.S. trade war with China. With the recent announcement that the U.S. would raise massive taxes on Chinese goods, Dr. Pape learned from his visit to Taiwan, that it will be the U.S. and China that suffer in the long-term. Companies there are already looking to withdraw their manufacturers out of China, to other countries in the region. A short-term effect includes China not exporting as much, buyers having to pay more, and ultimately taxes falling onto U.S. consumers, like you and me. After returning from his trip, he came away knowing that the real long-term concern is geopolitical implications that could escalate with China moving forward. 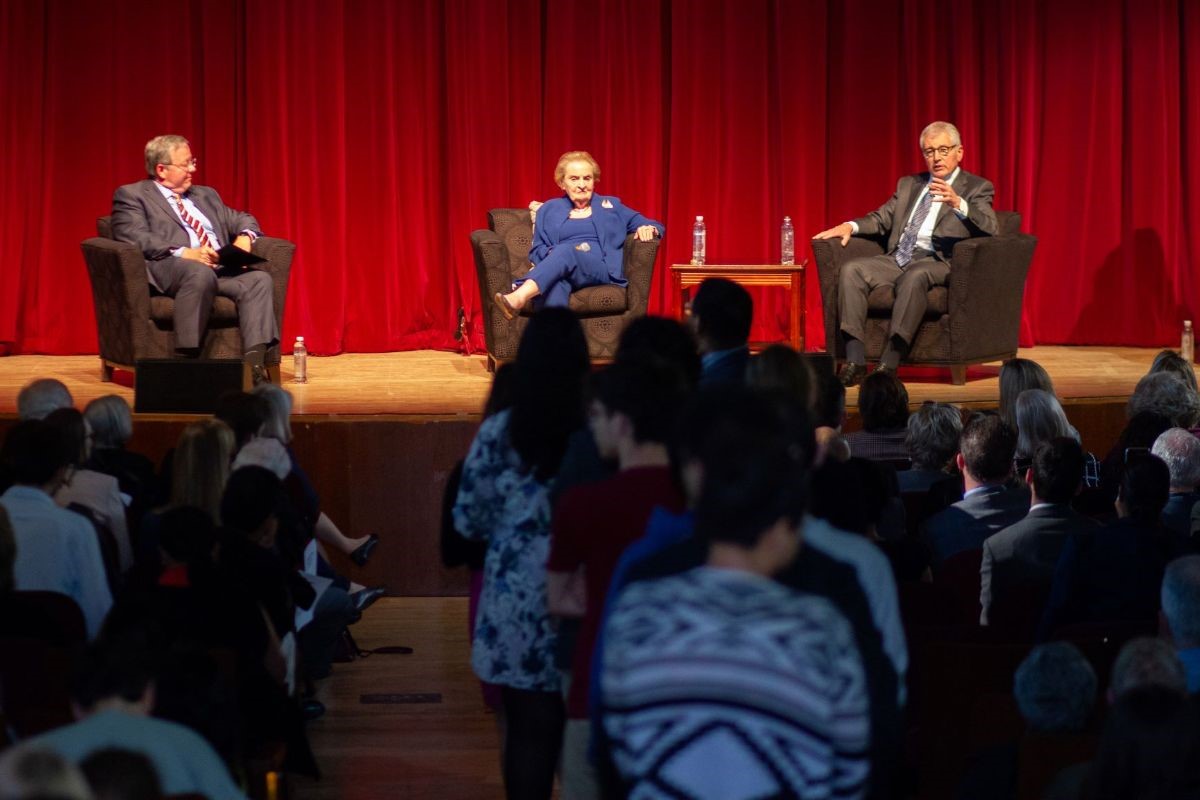 The Inaugural Hagel Lecture with the 24th U.S. Secretary of Defense, Chuck Hagel, and keynote speaker Madeleine Albright, the 64th U.S. Secretary of State, was a tremendous success with over 700 in attendance and livestreamed overseas. This prestigious lecture series furthers CPOST’s initiative for greater civil discourse in critical discussions about national security and foreign policy. Both secretaries discussed issues on foreign policy and terrorism, sharing their views on social media and terrorism, the path forward with Iran, the development of democracy in Asian countries and more. 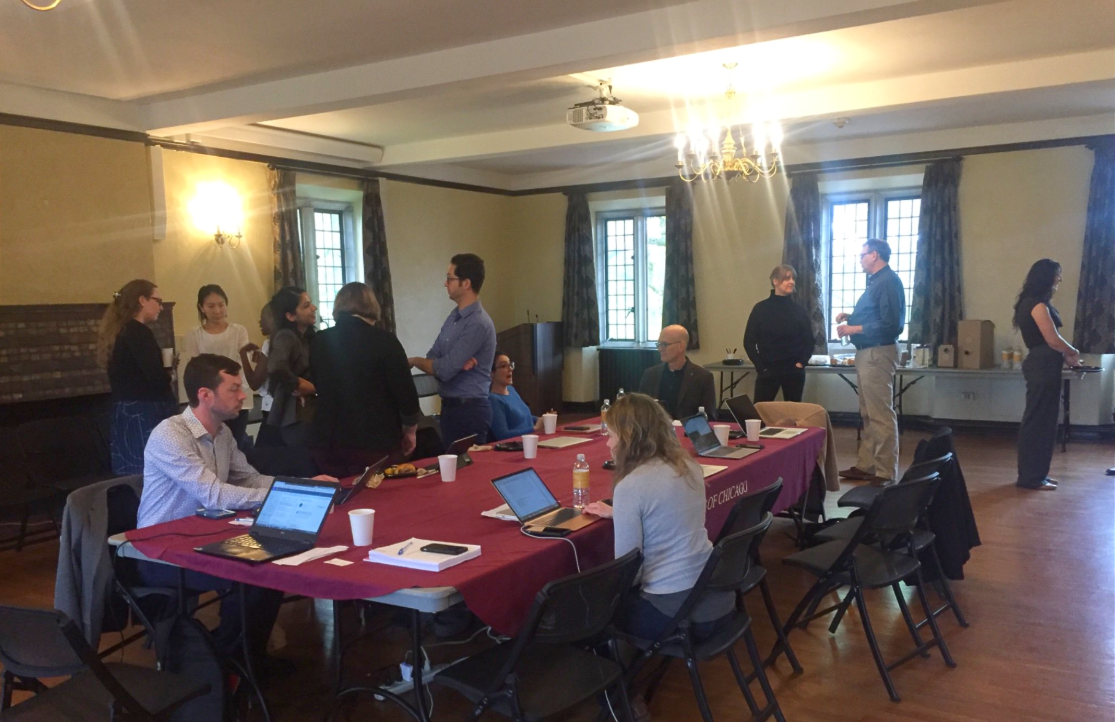 This past May, CPOST led and sponsored a successful 3rd annual University of Chicago International Relations Spring Conference this year on, At the Archives: Empirical Approaches to Historical International Relations. Multiple workshops with diverse scholars discussed ways to make effective use of and encourage new archive-informed, empirical international relations. CPOST Assistant Directors and faculty members, Paul Poast, presented a session on Archival Documents for Dataset Constructions and Austin Carson presented Archival Document Text as Data. Thanks so all who attended. We’re looking forward next year’s conference! 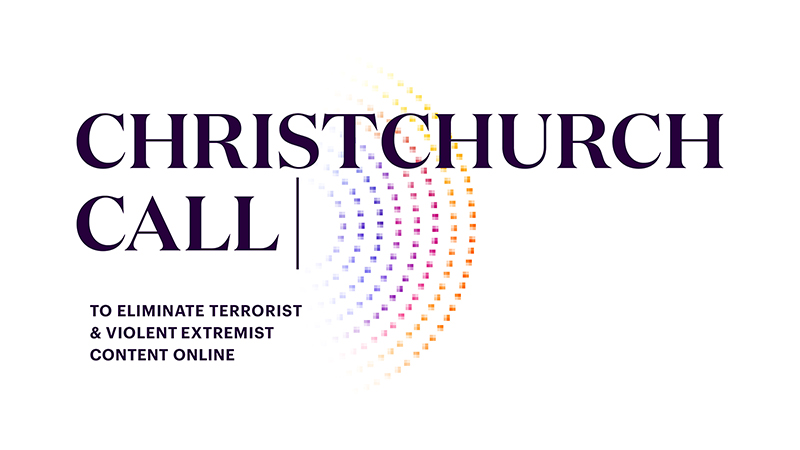 Recent terrorist attacks around the world, such as Christchurch, Sri Lanka and others, demonstrate the rise of the use of social media as a catalyst for spreading terrorism. CPOST Director, Dr. Pape, was invited by New Zealand Prime Minister, Jacinda Ardern, to attend the Christchurch Call on May 14 in Paris – a commitment by Governments and tech companies to eliminate terrorist and violent extremist content online.

In April, CPOST's Research Director, Keven Ruby, presented on the threat of ISIS propaganda and social media in terrorist recruitment in the West at the Leadership in Counter Terrorism Alumni Association (LinCT-AA) in Toronto, Canada. LinCT-AA is a major conference bringing together senior law enforcement, military, and intelligence leaders in the counter-terrorism field from the United States, Britain, Canada, Australia, and New Zealand to discuss counter-terrorism strategy and improve inter-agency communications and cooperation. 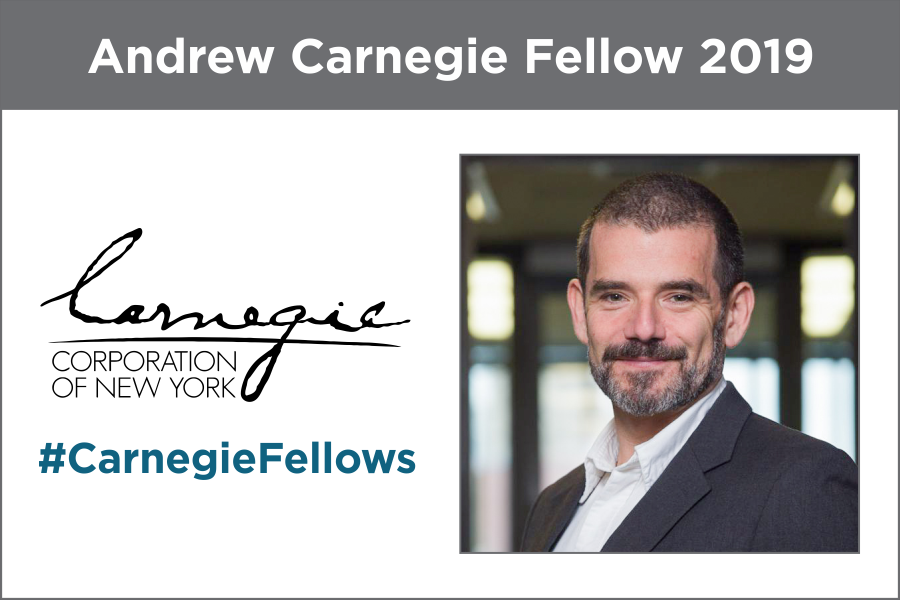 Assistant Professor and CPOST Associate Director Benjamin Lessing is among the 32 fellows in this year’s class, announced April 23 by the Carnegie Corporation of New York. He was chosen from nearly 300 nominations for the honor, one of the most prestigious fellowships of its type. Lessing and prof. Michael Greenstone are the first UChicago scholars to win the award, which was first established in 2015.

CPOST's Deputy Data Manager Jakob Urda, 4th year graduating from the college, represented CPOST at the NATO Defense Against Terrorism Center of Excellence in Ankara, Turkey this past April. Urda, a Senior, CPOST researcher and Political Science Major, stood in for Director Pape, giving a keynote address on why suicide terrorism happens and the strategic logic behind it. He gave a second lecture about key insights on recruitment tactics. Urda was able to participate in working groups where attendees shared their experiences and ideas for suicide terrorism solutions. “This experience was a real capstone for my time here. I am grateful to have represented CPOST and contribute to its mission on a global stage.” After graduation, Urda will participate in the Hertog War Studies Program at the Institute for the Study of War, followed by a full-time employment position at Gartner in August.